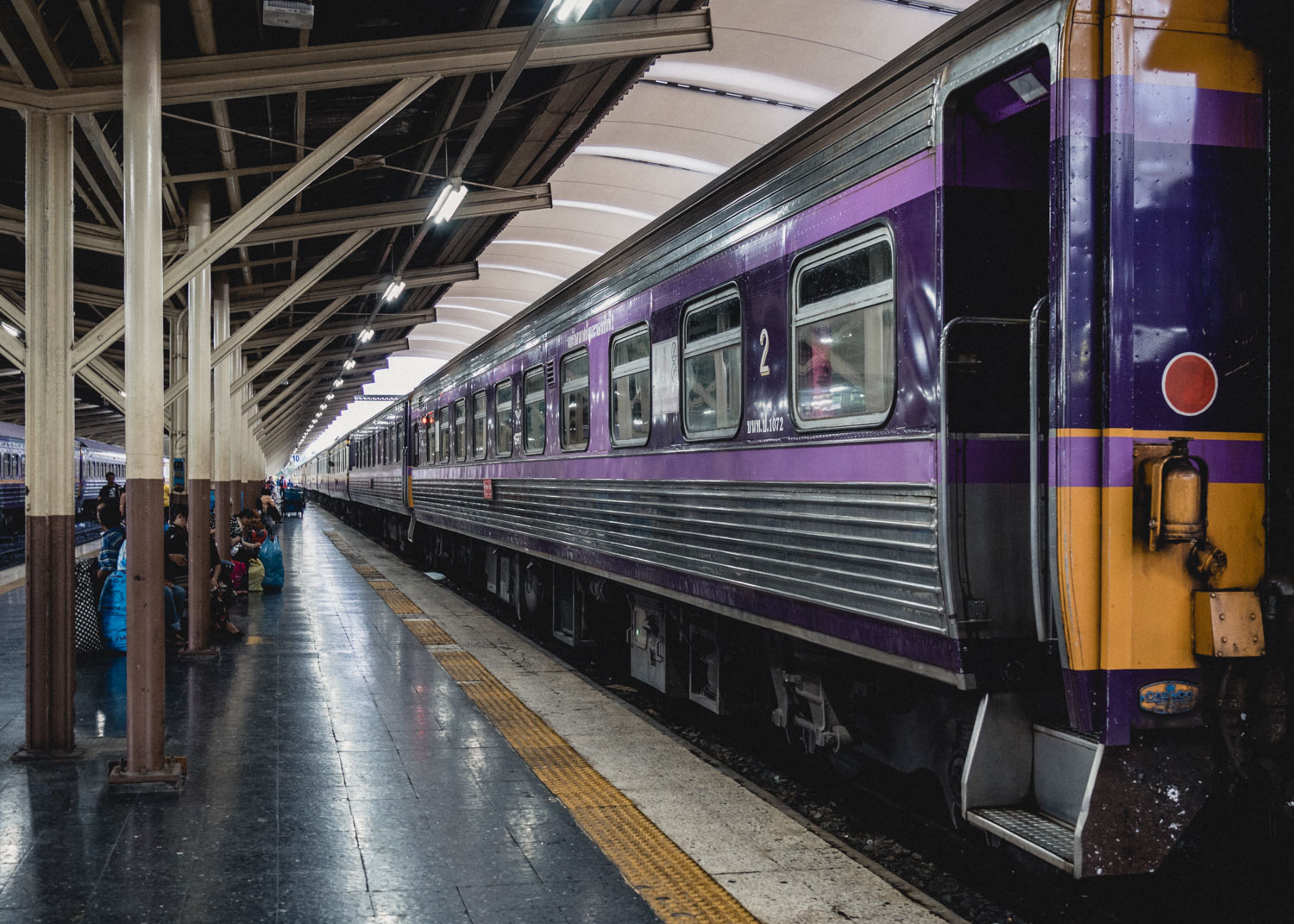 I’m splitting our trip down south into two posts because the amount of pictures I have is excessive, but photos are kinda my thing so I’m indulging myself.

After a night of brooding and a total inability to make any decision about where to go next, I had a look on AirBnB and discovered a nice looking place on Koh Pha Ngan for a reasonable price. We thought fuck it, let’s just go there and hope it doesn’t ruin any good memories.  At least we’d be heading to a different part of the island so we wouldn’t be re-living past glories.  I booked the house, went downstairs to the travel agent at Wild Orchid and booked tickets on an overnight sleeper train, followed by a transfer to the pier where we’d board the Lomprayah high speed catamaran to take us to the island.  Easy.

On Monday we packed up our rooms, headed out to Ethos (an organic vegan cafe) for breakfast and there Ben discovered his Holy Grail of breakfast delights.  A pancake practically floating in a pool of melted dark chocolate sauce.  It was obscene.  Bloody tasty, but still obscene.

Sated, we returned to our rooms, Alex took Chloe for a last minute swim while I finished up the packing, and then we checked out.  We had a day to kill in Bangkok before our train left at 6:30pm so I suggested we head to the MBK shopping centre as I’d read it was a neat place for kids. 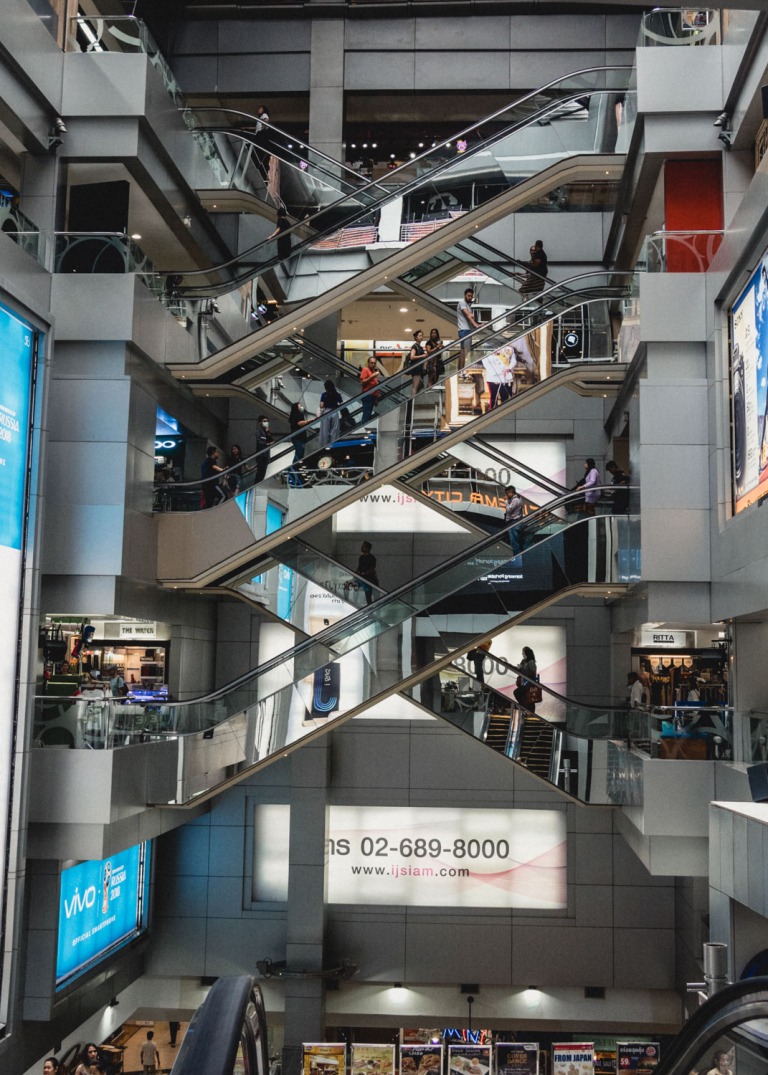 I think they must have meant older kids, like teens who like to shop.  We had a decent meal in the food court but Ben had a melt down over choosing the wrong ice cream flavour, and Alex hates walking around shopping malls at the best of times.  So it was a bit of a bust.  Still, we killed some time and the trip was somewhat redeemed when Alex and Chloe were able to stock up on stationary supplied for their sketching, so it wasn’t a total loss.  I quite liked the brutalism of the concrete architecture, and Alex and the kids had some fun drawing outside.  The kids even glimpsed a SkyTrain, which was a bit of a let down – I think they had been imagining something rather more futuristic. Possibly actual flying trains…

There just something about concrete that I love. 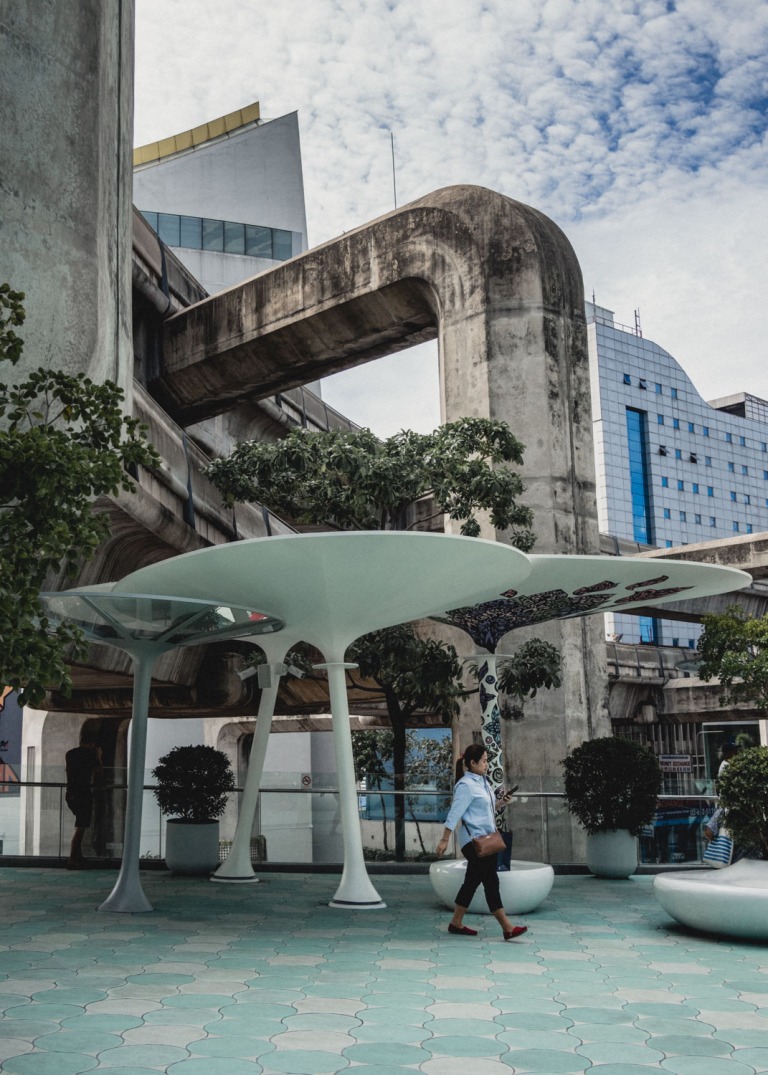 We taxied back to Wild Orchid, picked up our bags and then taxied over to Hualamphong Train Station where we had some dinner and picked up some snacks then jumped on the train, southward bound. 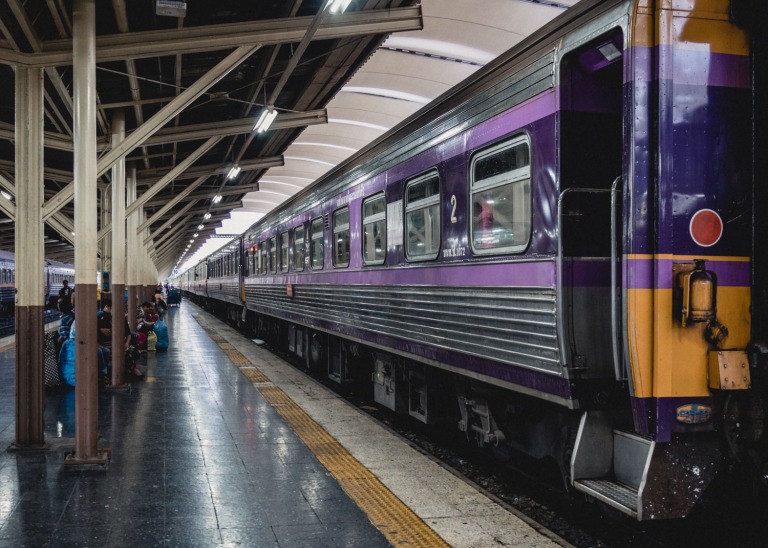 We settles into our seats on the train and waited for it to depart while hawkers paced the aisle selling drinks, snacks and food to-go.  Two minutes past schedule we slowly chugged out of the station into the night. 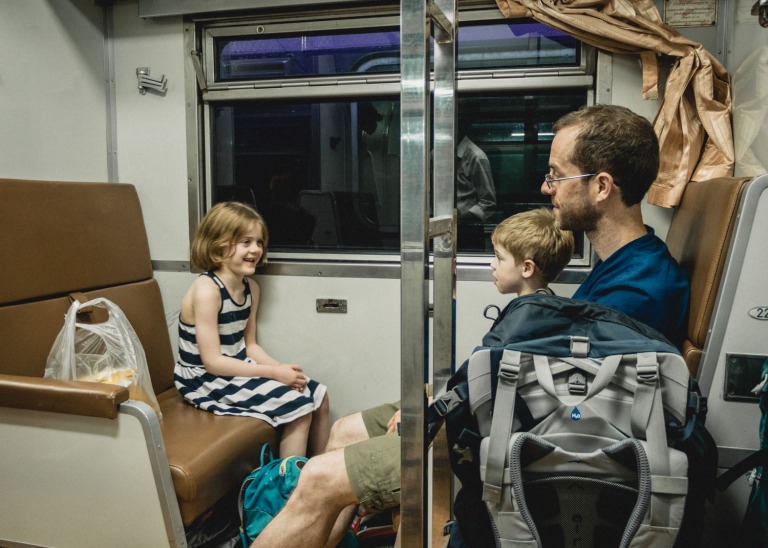 A while later a man came along converting the seats into beds and Ben was practically hopping in anticipation.  Give a kid a curtained off bed on a train and they are in heaven. Unfortunately Ben had to share his bed with me, but he didn’t seem to mind too much. Chloe had a bed all to herself while Alex bunked above her.  It was surprisingly quiet on the train.  Obviously there were all the noises of the actual train knocking along on the tracks, but the occupants were very sedate.  Once the beds were made up and everyone retreated behind their curtains at about 8pm, all was quiet.  I couldn’t help but think things might be different in the UK with people chatting on their mobiles, getting drunk with their mates, or playing music obnoxiously from their mobile phones.  It was a peaceful, and relatively comfortable night, even if I did wake up countless times.  Pro-tip: Bring an eye-mask if you are on a Thai sleeper train and actually want to sleep in darkness.  They leave the lights on all night and the curtains don’t do a shit-ton to block it out.  I was thankful for mine.

We alighted at Suratthani station and were met by the people form the ferry service and directed to some restaurants across the street where we had 2 hrs to kill before our bus would transfer us to the pier and our onward transportation. 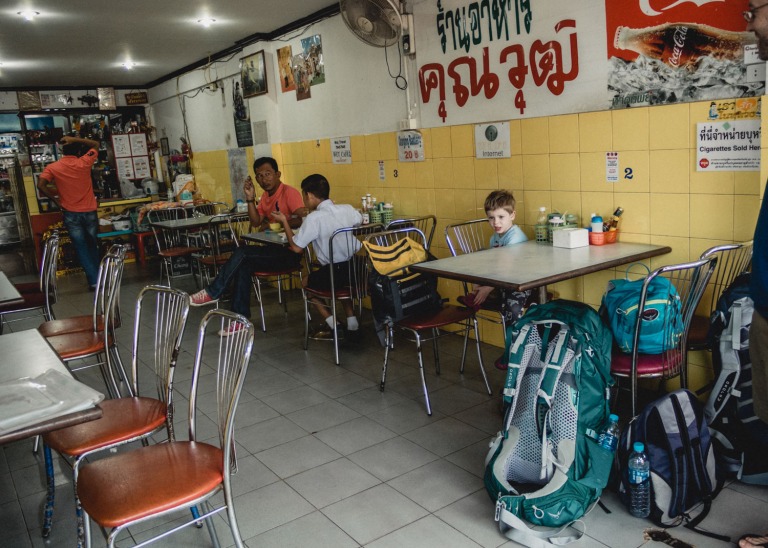 We spent most of that time with Chloe in a grump after having a traumatic toilet experience. She soaked herself with the bum-gun hose, all the while insisting through the locked door that she was fine on the many times I asked her if she was ok or needed help. After about 20 minutes she finally let me in, whereupon I found her in tears.  And somehow this was all my fault.  She wouldn’t actually talk to us about it. 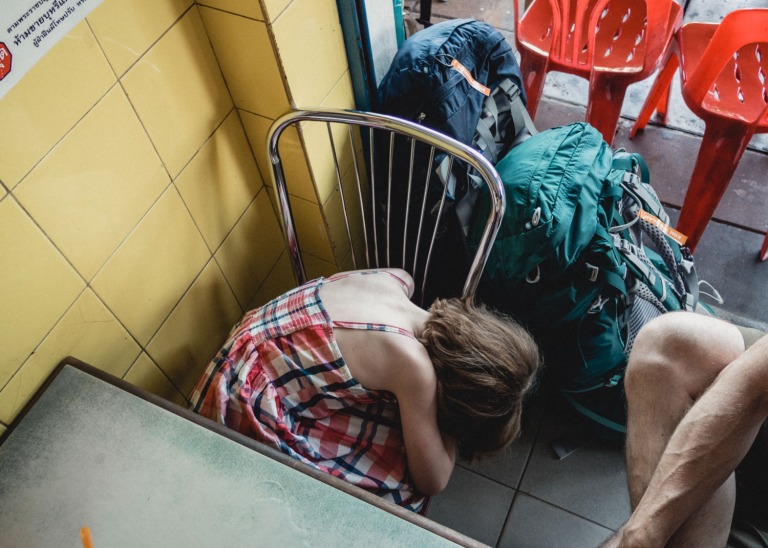 We forced some toast with jam into her which she slowly, grudgingly ate in small, torn-off pieces.  Hangry kids are the worst.  She was marginally more cheerful once we got on the bus and headed to the pier.  Who could be upset when buses look like this?

Keep following for Part 2, coming soon. (I sound like a movie poster).

All content including images © Leigh Eros 2017. Do not reproduce without permission.

3 thoughts on “Bangkok to Surat Thani”